Thank You for a Great Year 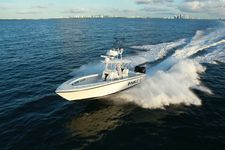 I hope everyone enjoyed the holidays and I wish everyone a great New Year. I would like to thank all my customers for their continued support and for the very many great memories we have created this past year. I would also like to thank my sponsors, friends and family. Although the economy was down, with everyones help and support Double D enjoyed a great year. I did a tremendous amount of trips (almost a record year) and with those trips we caught an amazing amount of fish and a lot of quality fish to boot. We enjoyed swordfishing day or night, kite fishing for sailfish, high speed trolling for wahoo in the Bahamas, bottom fishing in Bimini, mahi fishing in the Gulfstream. These were just a sample of the variety of trips we did this past year. Last year we also got a new Double D. Still a 34 ft SeaVee but now with a full tower and upgraded electronics, it is truly a state of the art fish catching machine. The tower has already helped me by catching more mahis than I ever have. Now it will also allow us to sight fish for cobias as well as sight fish for tailing sailfish. I am so excited for this upcoming year; it is going to be amazing.

Now to the fishing part. Its been a few weeks since my last report, but as usual the holidays weeks in December are extremely busy and I have been fishing every day. I wish the fishing could have been a bit better, but we did have a lot of quality catches, including some big dolphin, swordfish on every trip, and sailfish on every trip but one. Most of the dolphin that we caught were in the Gulfstream while we were daytime swordfishing. We had a great late season run of mahis on the edge, but that seems to have fizzled out a bit. The daytime swordfishing has been pretty good. As I mentioned, we did catch a swordfish on every trip, the largest was right at 200 pounds and the smallest ones were less than 50 pounds that we obviously released to grow and fight another day.

The talk of the town though has been the relatively slow sailfishing we have had. We did manage to catch at least one sailfish on every trip but one but this is the time of the year that we should be getting 5 to 7 shots a day and double digit releases should be common. As the rest of the East Coast has experienced, we have had a relatively warm December and that is the culprit in why we havent seen more sailfish in our waters. Not to fret though, we had a very decent cold front last week and have another front coming in the next day or two. As long as the fronts start rolling through consistently, I can guarantee you that the sailfishing will pick up. Not only will it pick up, it will pick up soon and maybe as early as this week with the next front. As we start getting more fronts, the cobia fishing should also enter the equation and now we can target those fish as well.

January is already filling up quick with more than half of the month already booked. The same goes for February. With the calendar filling up quickly, now is the time to call and set up those trips. It sailfish time in Miami so lets go catch a few!