Since coming back from the Bahamas, I have done a variety of trips including a daytime swordfish trip, a multi daytrip to Bimini, fishing on the edge and a lot of offshore trips for mahis.

The mahi fishing in the Gulfstream is the primary type of fishing we do this time of year and it has been absolutely excellent. You run offshore and you look for weedlines and debris in the water that may hold fish as well as looking for birds diving on bait that is usually pushed to the surface by big schools of mahis. Once you find the mahis it is not uncommon to catch about as many as you want. Just note that there is a size limit of 20 inches from the head to the fork and all smaller ones should be released unharmed. Those smaller fish that are released will grow extremely quick and within a year be a big 20 to 30 pound bull or cow.

I also mentioned we did a multiday trip to Bimini and we had a great time despite some not so great weather. It didnt affect us as much since we were primarily focused on catching mutton snappers, which occurs within, a stones throw from the beach. The muttons did cooperate as long as you put your time in and stayed out a little later than normal. We usually catch the muttons from 3pm to 7pm, but this year they didnt really start biting until after 6pm. But between 6pm and 8pm the bite was pretty good. We wanted to try for the tunas in NW channel but the storms were everywhere, which kicked up the seas and created quite a bit of lightning. Instead of taking the risk, we chose to stay close by and besides catch muttons; we also did some deep dropping and caught a bunch of yellow eye snappers.

I also mentioned that we had one daytime swordfish trip, but unfortunately that day we did not get any bites. I have heard of some daytime swords being caught so I know that they are around. The good news is I am currently working on a new technique (at least new to my operation) of using the big LP1200 as a downrigger and using a regular conventional reel to fight the fish once we are hooked up. So for all those guys that are dead set against using electrics and want to catch a swordfish on a strictly conventional reel, we can now do that. We can also rig the conventional rod and reel so it is IGFA compliant.

I also did a couple of trips on the edge and they both produced blackfin tunas and a sailfish one each trip. We also caught some kingfish in between the sails and tunas.

With calmer weather the norm for the summer, now is the time to book your trips for mahis in the Gulfstream. What a better way to spend with family and friends than catching a bunch of mahis for dinner. For those with a bit more time, we can also run to the Bahamas and target the yellowfin tunas. There nothing quite like the pull and fight of a big yellowfin. And for those that have done it all, the daytime sword trips are they way to go. SO whatever trip you have in mind, give me a shout and lets set it up. 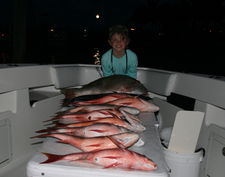